The soil type on your property is an important factor in determining how fast and how often water can be applied to the plant material. 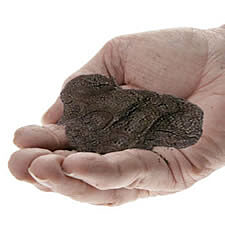 Soil absorbs and holds water in much the same way as a sponge. A given texture and volume of soil will hold a given amount of moisture. The intake rate of the soil will influence the precipitation rate and type of sprinkler that can be used. The ability of soil to hold moisture, and the amount of moisture it can hold, will greatly affect the irrigation schedule.

The simplest way to determine the soil type is to place a moistened soil sample in your hand and squeeze. Take the sample from a representative part of the site, and from approximately the same depth to which you will be watering. In other words, if you want to water to a depth of 6 in (15 cm), dig down 6 in (15 cm) to take your soil sample.

A more accurate way to determine the amount of sand, silt and clay in your soil is to conduct the jar test. 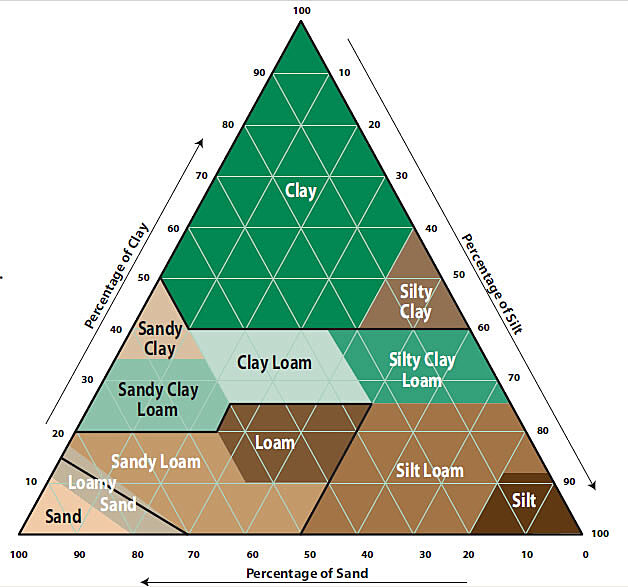 One of the most significant differences between different soil types is the way in which they absorb and hold water. Capillary action is the primary force in spreading water horizontally through the soil. Both gravity and capillary action influence vertical movement of water. In coarser soils, water is more likely to be absorbed vertically, but will not spread very far horizontally. The opposite is true for finer soils.

The table below lists the general characteristics of the three main soil types. 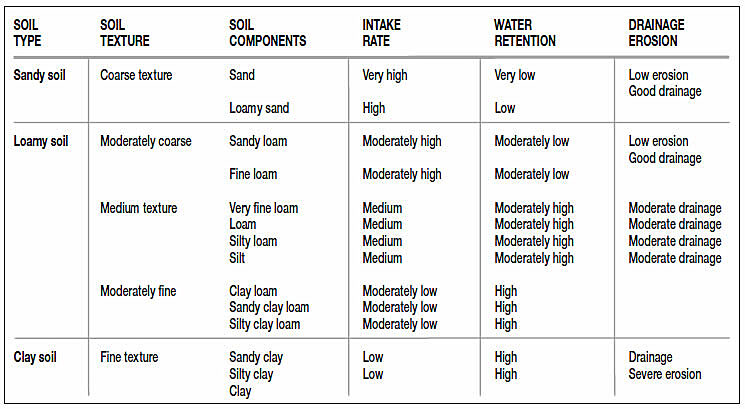 Look particularly at the information in the last three columns. The soil’s intake rate, or how fast it absorbs water, dictates how quickly water can be applied by the irrigation system. Coarse, sandy soil absorbs water very quickly while silts and clays have a very low intake rate. The fine textured soils, once wet, retain moisture longer than do the coarse-grained soils. The main problem we wish to avoid is applying water faster than the soil can receive it. This causes runoff, erosion or soil puddling, all of which wastewater and can cause damage.

Rolling terrain further complicates the problem of matching the application rate from the sprinklers with the intake rate of the soil. As the angle of slope increases, the intake rate decreases because of the higher potential for runoff.

Next Up: Water Saving Tips